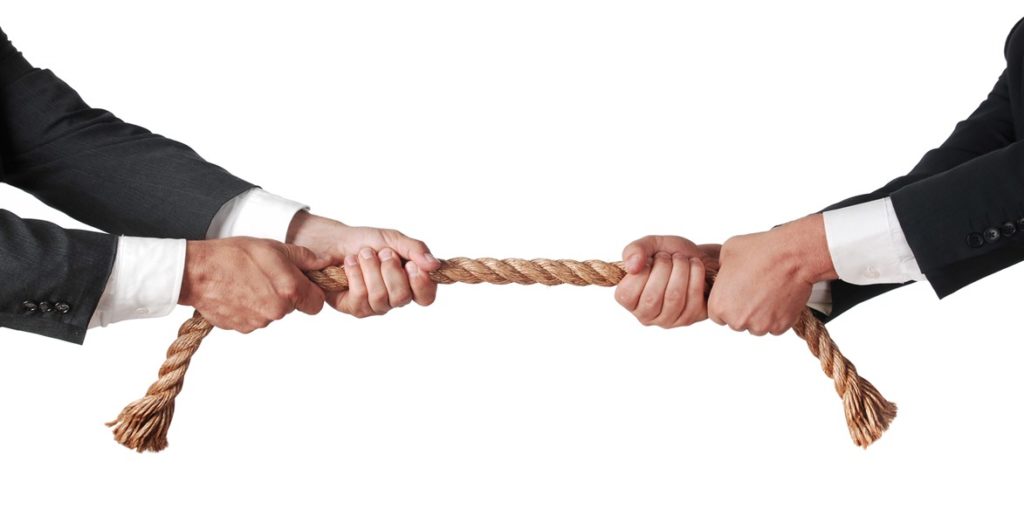 Hostile Work Environment: It’s not what you may think

The purpose of this paper is to discuss what I feel is a misunderstood area of
employment law and one that has led to unnecessary confusion and anxiety
for supervisors and managers. A supervisor is trained to pay close attention
when employees raise certain words or phrases in a conversation or a
complaint.

You know that when an employee indicates that he or she had been treated
differently based upon a protected category that is something that cannot be
ignored. You know that when an employee complains that on the job
someone is making sexual advances toward them, telling sexual jokes, or
belittling them based on their gender, we have a problem. They may not be
happening for the reasons cited but those allegations are clearly Title VII
protected and require prompt, remedial and effective action.

What about a complaint of a hostile work environment? “Hostile work
environment” is a term straight out of Title VII. Any employee who reads the
paper or watches television knows the phrase and knows that it is something
that they can use against an employer. What many do not know is that there
are specific elements that must be met before an illegal hostile work
environment is created. This paper is intended to:

Many employees who are unhappy with their supervisor, their job, or life in general, claim that they have been subject to a hostile work environment. The term “hostile work environment” means different things to different people but it immediately sets off alarms with supervisors and human resources personnel. That is because one use of this term is a discriminatory environment that is making an individual‟s job difficult or impossible to
perform and such an environment is a violation of Title VII. This complaint must be acted upon immediately and corrected if it is occurring. The key to the legal definition is the presence of discrimination.

What is illegal harassment?

To state a hostile work environment claim under Title VII, a plaintiff must prove that: (1) he belongs to a protected group; (2) he was subjected to unwelcome harassment; (3) the harassment was based on his membership in the protected group; (4) the harassment affected a term, condition, or privilege of employment; and (5) the employer knew or should have known of the harassment and failed to take prompt remedial action. Ramsey v. Henderson, 286 F.3d 264, 268 (5th Cir. 2002). To affect a “term, condition, or privilege of employment,” the harassment must be “sufficiently severe or pervasive to alter the conditions of the victim‟s employment and create an abusive working environment.” Hernandez v. Yellow Transp., 670 F.3d 644, 651 (5th Cir. 2012).

In making this determination, the court considers all of the circumstances, including “the frequency of the discriminatory conduct; its severity; whether it is physically threatening or humiliating, or a mere offensive utterance; and whether it unreasonably interferes with an employee‟s work performance.” Id. The Supreme Court has “made it clear that conduct must be extreme to amount to a change in the terms and conditions of employment.” Faragher v. City of Boca Raton, 524 U.S. 775, 788, 118 S.Ct. 2275, 2284 (1998).

Calling a female co-worker “dingy,” “princess,” and “blonde” are not “sufficiently severe or pervasive to alter the conditions of employment and create an abusive working environment.” Ramsey, 286 F.3d at 268.

Title VII is not a “general civility code,” and “simple teasing, offhand comments, and isolated incidents (unless extremely serious) will not amount to discriminatory changes in the „terms and conditions of employment.‟” Faragher, 524 U.S. at 788, 118 S.Ct. at 2283 (1998). For sexual harassment to be actionable, it must be sufficiently severe or pervasive “to alter the conditions [of the victim‟s] employment and create an abusive working environment.‟” Shepherd v. Comptroller of Pub. Accounts of State of Texas, 168 F.3d 871, 874 (5th Cir. 1999). A few scattered comments that may be interpreted as being of a sexual nature, simple teasing, offhand comments, and isolated incidents, however, do not amount to pervasive harassment capable of changing the terms and conditions of employment. Id. Title VII was only meant to bar conduct that is so severe and pervasive that it destroys a protected classmember‟s opportunity to succeed in the workplace.

Daniels v. Essex Group, Inc., 937 F.2d 1264, 1266 (7th Cir. 1991) held that the plaintiff survived summary judgment where the plaintiff was subjected to “racial (N-word) jokes” for a ten-year period and the plaintiff‟s workstation was adorned with “a human-sized dummy with a black head.”

Stone v. Louisiana Dep’t of Revenue, 996 F.Supp.2d 490 (La. 2014). Accusing employee of losing an audit document, which had the effect of slowing her transfer and reducing her telecommuting privileges, assigning her more “desk audits,” incorrectly calling her performance into question, and improperly delayed approval of her audit hours, which impacted her year-end production numbers. They also reduced her telecommuting days from three
days per week to one day per week and a supervisor searched for missing document in her office without her permission. Finally, she alleges that the Department‟s request that she obtain a doctor‟s note constituted harassment. The Court found this insufficient to properly state a claim for harassment under the circumstances of the case.

“[A]n employee is a „supervisor‟ for purposes of vicarious liability under Title VII if he or she is empowered by the employer to take tangible employment actions against the victim. . . .” Id. at 2439. A tangible employment action is defined as “a significant change in employment status, such as hiring, firing, failing to promote, reassignment with significantly different responsibilities, or a decision causing a significant change in benefits. . . .” Id. at 2442 (quoting Burlington Indus., Inc. v. Ellerth, 524 U.S. 742, 761, 118 S.Ct. 2257 (1998)). If supervisors were not the harassers, the Courts look for evidence that a supervisor knew or should have known of the harassment yet failed to address it promptly. Hernandez v. Yellow Transp., 670 F.3d 644, 654.

The Moral of the Story

Do not panic because an employee raises a hostile work environment complaint with you. You should still document the complaint and look into it but get more information from the employee, preferably in writing.

This information regarding the complaint should then be promptly passed on to Human Resources or your attorney for a determination as to the next step. A claim that appears to meet the element of a Title VII claim will be investigated, dealt with, and documented as any discrimination claim. A claim that does not meet these standards can be dealt with differently based upon the circumstances. It may still require some action or counseling with the supervisor if there is a legitimate issue, or it may require some education of the complaining employee regarding their responsibilities to their job.

It is not my intent to belittle a claim of a hostile work environment. I do want you to be aware that the use of that catch phrase alone does not provide an employee with a cause of action against the employer. In fact, documenting the claim immediately while the employee will speak truthfully about the actions and the perceived basis for the complained of actions often heads off a later fabricated discrimination claim. Early documentation has saved more than one case for me.