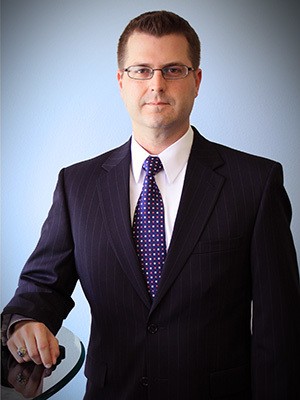 Eric C. Farrar has been an appellate lawyer since 2006, having served as Staff Attorney for Justices Elsa Alcala, Harvey Brown, and Rebecca Huddle. As a Board Certified Appellate Lawyer, Eric is a practiced expert who can effectively analyze and research appellate briefs and records to identify points of error. He is highly skilled and capable of handling a high volume of appeals and original proceedings, focusing on complex litigation, including those which involve motions for summary judgment and other dispositive motions, jury charge issues, and challenges to expert witnesses. In addition to his appellate work, Eric consults on and assists with enforcement of city regulatory ordinances, including election law and other areas of municipal governance.

Prior to becoming a lawyer, Eric served in the United States Navy, which began upon his graduation from the U.S. Naval Academy in Annapolis, Maryland. He served our country as a Surface Warfare Officer, including three deployments to the Persian Gulf. He led and managed officers and enlisted men with planning, scheduling, and coordinating of ship’s operational and training schedules. Eric reached the rank of Lieutenant on active duty and later was promoted to Lieutenant Commander in the Navy Reserves.

At Olson & Olson, Eric focuses on pre-trial and trial strategy, preparing for and arguing of dispositive motions, preservation of error at trial, preparation of and arguing for jury charges, post-verdict proceedings in trial courts, analysis of the trial record for appellate potential, and prosecuting appeals through the appellate court system.