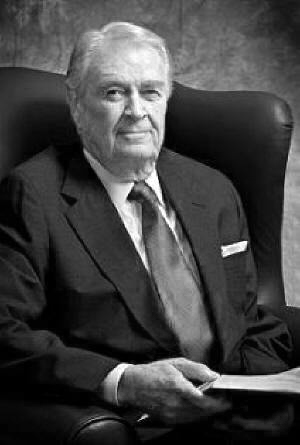 Mr. William Andreas Olson was born on July 1, 1923 in Waco, Texas and spent his life dedicated to serving the people of Texas and his beloved family. After graduating from Baylor Law School in 1950, Olson Sr. immediately began representing Texas cities.

During his career, Olson Sr. chaired numerous committees, published many articles, but one of his proudest achievements was his representation of Hank Avery in the landmark case of Avery v Midland County. This case was eventually decided by the United States Supreme Court and extended the constitutional rule of “one-man, one vote” to local governments.

He served as the City Attorney of the City of Houston from 1966-1974 after which he returned to private practice to open what would become a long-standing pillar for local government in Texas, Olson & Olson LLP. Together with his eldest son, Olson Sr. began a tradition of excellence that has grown to serve over 35 local governments and employ over 80 employees.

The vision Olson Sr. had for this firm since its inception has embedded an irrevocable standard of values that is recognized throughout the communities we serve. In honor of his memory and legacy, we at Olson & Olson LLP strive daily to maintain the code of service and truth he instilled through his work and life.